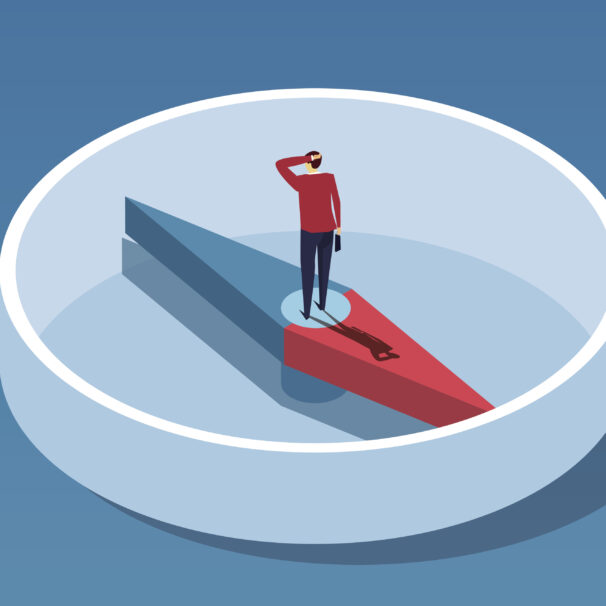 “What do you want to be when you grow up?” is a question that reverberates with me from my childhood. While I never had a strong answer for that one, it seemed that most of my friends all knew exactly what they wanted to do. Nurse. Chemist. Teacher. Artist. Biologist. They had callings. I didn’t. I had no focus. There wasn’t a career out there that I could see my self in for the rest of my life.

My friends followed their defined paths and went on to have careers staying pretty much true to their callings. I would have to define my career path as more of a random walk. I had a compass, not a plan. I knew that I needed to be able to support myself. I knew I wanted to live well, which meant being able to have a safe place to live, someone to love, friends who cared, great experiences, and cars that were reliable. Over time I added healthy children to that list. Looking back, I had some bumps along the way that provided valuable life lessons, but I have lived a life that I would say has been lived well.

One statement I heard that influenced me, though, is that every decision you make narrows your future choices. In my younger years, I listened and observed. If I heard that statement made at this point in my life, I would challenge it. But back then, it made sense from my limited perspective view. I saw my friends who studied nursing become nurses. That fit with the statement. My friends who studied chemistry and biology went into those fields. So, it was hard for me to commit since I didn’t have a passion for my life’s purpose already defined.

Study physics in college? Sure. I never took it in high school, so why not? Work for an American Physical Society Ph.D. who needed help measuring physical properties of photopolymers because his yearlong sabbatical was running out and he was behind due to a bout with bad appendicitis? Sure. I’d never done that before and wasn’t sure what photopolymers were anyway. Take a job in anti-submarine warfare? Sure. Sounded interesting. Work in Naval Intel? Sure. It was one way to find out what that was about. Work designing submarine combat systems? Okay. Never did that before. How about getting a large group of Naval entities, all with different missions and agendas, to commit to supporting a single common product? Let’s do it. (I was successful at bringing them together on a single specification in several months. It happened because I didn’t know that everyone else considered it impossible.) Start a company that addresses the skills needed in the workforce today by creating engaging and transformative curriculum? The best challenge of them all.

I have a few life-long friends who also took random walks and wound up much like I did. With lives well lived. I asked them what defined their career choices. Opportunity, a better fit, and a better outcome are a few of the responses.

Some of us choose our paths. Others wander. Still yet, others walk a path defined for them.

In all, I don’t believe there is one right way to select a career path. However, considering the careers that graduates today will likely have in 20 years haven’t even been created yet, following a compass loosely vs a tightly defined path for a career probably makes good sense.

Change is coming. Correction. Change is here. We are in the midst of the Fourth Industrial Revolution, a term coined about 7 years ago to recognize the smart devices and technologies that are now redefining how we work and live. One of the significant change agents is Artificial Intelligence, also known as AI. As AI continues to mature, we are going to see a radical change in how we interact with machines, perform our jobs and even in how we communicate with each other, and our AI assisted “things”.

The day when AI achieves a human level of cognitive skill is not as far off as you might think or want. And AI replacement for human work is just past that. I’ve included a couple of short links below on the Fourth Industrial Revolution and AI in case you want to get up to speed.

I challenge you to think about a world where humans are supported by AI devices. What would you recommend to someone thinking about a career and going to college? What encouraging words would you have for them?

One thing I’ve learned about change from what I’ve lived through. Change is hard. Few like it. Since it is going to descend on all of us, there is one thing that we should keep in mind. Be nice to each other. Let’s enter this new road to the future in support of one another, compass at hand because no one has a defined plan for this. Yet.

If we can do that, then maybe when we get there, our new reality will look pretty good.

What is the Fourth Industrial Revolution? | Industrial Analytics Platform (unido.org)