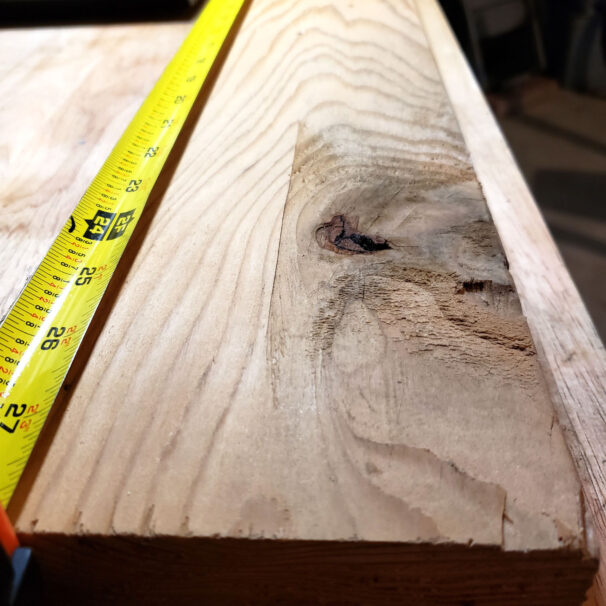 Two months ago, my article on “How many tape measures do you really need?” created the most feedback that I have ever received from an article. So, I’m continuing the theme of carpentry adages as applied to business today.

These processes have been developed over time to reduce waste. The earlier a problem is detected, the less impact the problem uncovered has and the cheaper it is to fix.

Problems that are left to ‘slide’ can result in catastrophic events, that are strongly career ending if someone in the leadership chain has been informed and decided to not address the issue.

Take the example of NASA’s Mars Climate Orbiter disaster that occurred because engineers failed to convert from English to metric units (i.e. feet to meters) when exchanging data. This type of error should have been found during review and testing. Unfortunately, the orbiter burned up in the Martian atmosphere and the problem was uncovered during subsequent investigation. Disappointing? Yes. Waste of money and time? Yes. Loss of life? No.

That wasn’t the case of the Challenger disaster when O-ring tolerances were exceeded at launch on a cold day. There were memos defining the O-ring problems that caused the Challenger to blow up during launch that were brought to light during investigation. That was a shame.

Not all problems result in catastrophe, but who has that Magic-8 ball to tell you when a problem is going to blow up vs one that can be ignored if not mitigated. Mine doesn’t.

That is why systems are usually developed with ‘tolerances’. We cannot afford perfect, but when something is developed, you should be able to expect that it will work well when it is used as it is supposed to within the tolerances of the system.

These adages encourage us to check out work to ensure it is correct before it goes into the product. They have been developed because of someone else’s mistakes. We can’t afford to forget or ignore them.

I’ll close with a short story. I had the privilege of being a “Tiger” on a “Tiger Cruise” as the guest of the Commanding Officer on the John C. Stennis, CVN 74. For those of you who aren’t familiar with naval designations, CVN stands for nuclear-powered aircraft carrier. I went from Pearl Harbor to San Diego aboard the carrier as it returned to home port after an extended cruise to show the US colors where they needed to be flown.

This was a trip full of first experiences. I was able to steer the carrier while underway. I saw catapult launches from the bridge, the crow’s next and the Air Boss’s suite, as well as from the deck as those fighter jets screamed past. And they do scream past.

I also observed jets landing on the deck, capturing one of the cables with their hooks, then slamming down on deck at full power. I was able to see this from the Landing Signal Officer’s special little area, just to the side of the landing area. We stood on a small platform and our mid-torsos, shoulders and heads were above the deck as those jets landed. There was a small little rope net about 10 feet down that I was instructed to jump into if something happened. They didn’t explain what that something was, but they did say to curl up into a ball because everyone else would be jumping into that same small net and I would want to be as small as possible so they could miss landing feet first on me.

Those cables are strong and thick and are strung across the deck. Periodically they are replaced so they don’t fail due to fatigue. While on the tiger cruise, the cables were replaced.

The morning after the replacement, I heard the discussion of the Commanding Officer’s staff which was being held in ‘my living room’ while I was having breakfast at the dining room table. Evidently the measure twice, cut once rule hadn’t worked, and they had to jettison an entire set of new cabling overboard since they had been cut short. At that meeting, the decision was made to mandate a ‘Measure thrice, cut once’ rule for the capture cables going forward.