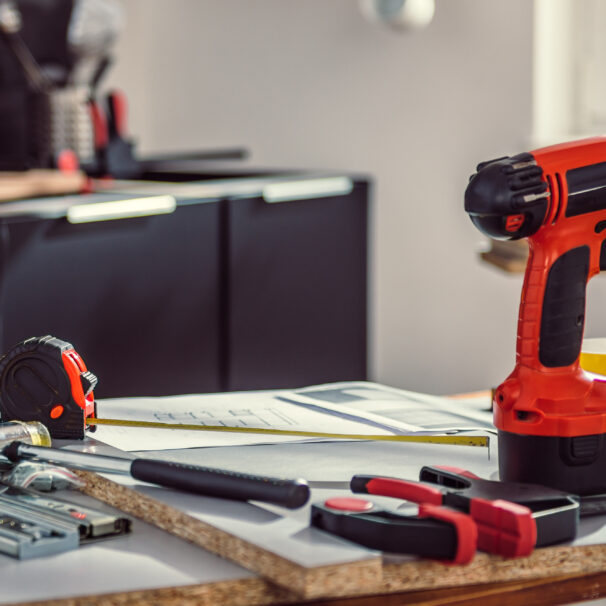 In the spring of 2021, I did what many others did after a year of pandemic isolation. I sold my home and bought another.

It was a decision that was based on years of consideration. I love my new home and it was the right decision for me. However, I did not anticipate the amount of work it would take to get the house to ‘livable’ condition.

The home I purchased had been neglected for many years. Decades. It had problems. And my standards are high. I was able to purchase it in the frenzy at a low price because it had a strong odor of dog and “strong” is an understatement. To get rid of the stench meant taking up all flooring and covering or replacing all surfaces.

So, I started renovations. The entire interior needed painting. Because I didn’t want to have workmen in my home due to COVID, I painted it along with my daughters and friends. Two coats. It needed new flooring. That involved ripping out old carpeting, taking up tack strips, and since there were multiple coats of old flooring that had been installed without repositioning the trim, all the the flooring trim needed to be taken up. That provided an opportunity to modern up the trim, so all trim came off.

Every issue to be addressed brought more issues to light.

I had a chop saw. I bought primed molding. I used every inch of my garage to dry the trim pieces after I painted them. I bought a nail gun to install the molding. I learned to do an angled cut for trim that ran straight, and at a corner. Then there were bathrooms to remodel, closets to build out, and a laundry that needed an overhaul. The demo went quickly, and the build out went almost as quickly, since I was willing to compromise on style to be able to get product. The supply chain issues during COVID greatly impacted this project. So, I used what I could get and made the best of it.

The big project, replacing the kitchen cabinets, was one of the larger updates needed. There are hundreds of components needed for a full kitchen buildout and those components were just not available. I looked forward to this kitchen. It’s my sixth kitchen to remodel. For the first two I relied on designers and installation teams. On the second experience, when the designer kept telling me “Good idea. I wish I had thought of that,” I realized I probably didn’t need to pay for design support anymore. The next three I designed, and a friend who is a great carpenter, did the installation work.

So, I went into this knowing I had the support I needed. My job was to design, procure and assemble the cabinets. He would do the install. When I asked him to help me with the kitchen shortly after purchasing the home, he said he would have time in the winter months.

Waiting six months wasn’t a problem because I couldn’t buy cabinets in May due to product availability. And besides, you really need to live in the house for a while to get a feel for how the kitchen works. So, this project was put on the backburner.

In October, I went down to IKEA and inquired about stock. Since they were finally getting shipments, I went home, did my layout on their kitchen planner, and the next day bought everything I needed. Three days later it was delivered.

After inventory, the huge messy pile in my living room had been distributed through out my guest rooms. One room was storage and the other buildout. With the help of a friend, we started section by section building the cabinets.

Then came the bad news. When I called my contractor friend to schedule the installation, he let me know that he would be encouraging me every step of the way. He also said that I would be so satisfied knowing I had done it all myself. In other words, he had retired, and I was on my own to build this out.

Getting contractor help was even more impossible. And that really was okay with me because I didn’t want to open my home to people I didn’t know with the COVID virus still around. But that meant I would be doing the installation. And I already had a full-time job running a company.

This news set me back. My new kitchen, which I was eagerly awaiting, just became a huge task. So huge that it took me a month before I could begin installation. I had to think everything through first. I found reason after reason to not start it, for fear of messing up what would be a very expensive project to correct or replace.

Now, I am a professional who develops curriculum to help other people overcome these types of mental roadblocks. Yet, I was absolutely stuck until I decided to just start with one section. I could learn on one section. If there were issues, I could always tear it out and start again. One section was not an entire kitchen. The one section I decided to start on was very straight forward. It didn’t have plumbing or electric changes to contend with. It was just cabinet installation and trim work. A set of uppers and lowers with a custom cut countertop and back splash. How hard could it be?

Breaking this huge project into small tasks with a first one to learn on broke the log jam. My first section was installed over Thanksgiving, and my carpenter friend approved of the work. Everything was square and plumb. The cabinet doors and drawers fit well and worked smoothly.

But how was I going to handle the long cut on the countertop? I have done a lot of projects over the years and had most of the tools I needed for the job. Except a table saw. I spent some time pondering what I should do about that. My dad had a table saw, and he was deathly afraid of it. I think he bought it because all the other men in the neighborhoods had one in their basement. (This was in Rochester, NY, and no one had workspaces in their garages since it was too cold to work there half of the year.) I think that is the reason that my dad rarely went into the basement. He was terrified of that saw. The only project he ever did with it was with the help of a friend of his, who was skilled in carpentry. They framed out a section of the basement, painted the cinderblock walls that showed and installed paneling over the rest. And that table saw was never touched again.

It has taken me years to get comfortable with power tools since my dad’s fear was well ingrained in me. I have a very healthy respect for power tools and all that can go wrong. My first favorite tool was a battery powered drill. As different projects appeared, I bought a circular saw, a jig saw, a random orbital sander, a grinder, driver, a belt sander, and last year I bought an entire set of power tools that included a saws-all, and a multi-tool that does all kinds of wonderful things, but never did I buy a table saw.

The table saw problem was resolved when I realized that I had several friends with table saws. And like most men with tools, they love an opportunity to use them. So, that solved my tool shortfall and I’m sure my dad is looking down on me from the heavenly realm, very pleased with that decision. I learned a lot that first day cutting counter tops with my friend who is retired from captaining tugboats in Tampa Bay. He showed me how a fence is used, how to measure from the blade of a circular saw across the wide foot to place the blade on the cut line. I learned to always cut with the large part of the saw foot on the supported piece. I learned that the table saw blade cut in the opposite direction from the circular saw blade. I learned that frog tape is better than blue tape for painting. I learned a lot that day. I also learned that I still have my father’s fear of table saws.

With my custom cut counter and another friend in town from Boston who loves projects, we installed that countertop and I started feeling the joy of accomplishment and gratitude for the knowledge of my friends.

Most things in life that I tackle for the first time, I have found that I usually know someone who has had the same or similar experience. My life is rich with great friends, and I’ve found that what I don’t know is only limited by what my friends don’t know. It’s a very powerful realization to have, and probably why I have bravely taken on many of the projects in my life–because I have the support of my network of friends and colleagues to get it done.

So, thank you to all how have helped me along the way. Your knowledge has added to mine to enable some incredible experiences in my life. I have only gratitude for you.

1 thought on “More than I bargained for”