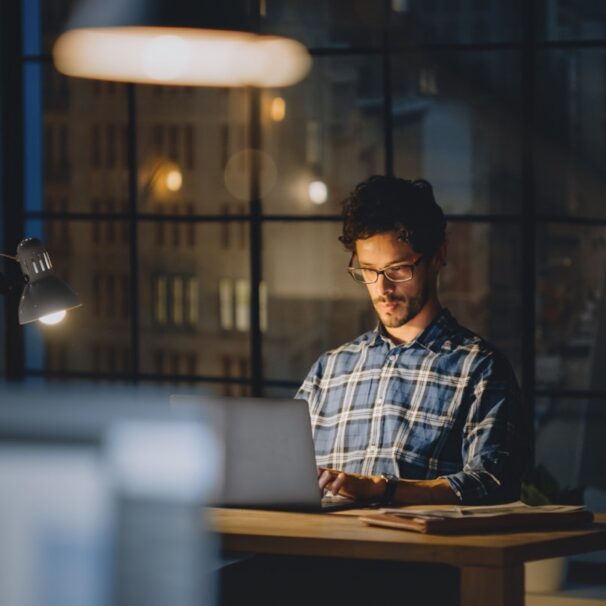 This morning I was greeted by the article “The Two Words That Terrify Junior Employees: Pls Fix,” by Lindsay Ellis, published in today’s Wall Street Journal. Ellis reported that junior staffers in investment fields would receive emails or texts from their bosses instructing them to revise or fix the work the staffer had sent in. The expectation was that the boss would have the fix waiting for them when they were next at their desk. Often these emails or texts with “PLS FIX” would arrive during personal time. Time when the staffer was with family at the end of the day, on weekends, even on vacation.

Being able to be texted at 10pm is something that did not exist when I was a young staffer. Always having my computer with me was also not an option. I worked in a field where work had to be done in secure spaces, so addressing something immediately, at home, was not an option. And “PLS FIX” was “Need ASAP.”

Ellis shared examples of extreme responsiveness by the staffers, how one would time her runs, so she was never more than 15 minutes away from her laptop. Another takes her laptop everywhere so she can immediately address an issue.

As I often do when I read these articles, I survey the Gen Zs and young millennials that I know to see if it’s “a thing.” I found that in the fields that these individuals work, that “Pls FIX” was not a common occurrence unless they had really messed something up.

This caused me to go back and re-read the Wall Street Journal article more carefully. Ellis included an Urban Dictionary definition of PLS FIX in her article as ‘fix this ASAP and don’t F$%^& up again.’ She also quotes an HR person at a consulting firm that acknowledges that staffers need to make sure that their numbers add up.

On a second read, I had a very different impression of the article. The Gen Z’s bosses weren’t being unreasonable, they were expecting completed staff work.

Completed staff work. That’s an old concept that needs a rebirth in today’s environment and not just for those in consulting and finance. This concept puts the responsibility for complete, well-constructed, and reviewed work on the staff. By the time the manager, who is usually the requestor, sees the work, it is in a state that is ready for a decision. Incomplete staff work results in the back-and-forth that results in new catch phrases like PLS FIX.

I have seen a trend in the younger generations to get something done fast and get it out for recognition and accolades. The speed is usually achieved by skipping the review process. I have had more than one conversation that went like this: “Well, the idea is good, but it is clear that you didn’t quality check your work before you declared success.” This would be followed with “My role is not to be the one that finds your mistakes. That is part of your role.”

When producing completed staff work, it’s at a quality where it can go forward with out having to be fixed. It means the producer has considered everything needed, that is clear and concise, it is formatted appropriately, and it has been checked for errors. Your boss should not be your editor or your quality assurance person. Your boss approves it and you both move on, or it gets kicked back and you know you didn’t give them completed staff work.

I remember when I first learned about completed staff work. I was a young engineer, full of enthusiasm, but without a lot of confidence in my own abilities. So I was tentative in my work products and after a short period of time mentoring me, my boss laid out the simple facts of life in that office. Bluntly. But one outcome of this was that I learned to trust my own abilities. Completed staff work became my way of work and it served me well. I launched into a successful consulting career primarily because when I was tasked, my clients knew that they would be seeing my best work and it would be well thought out and ready for a wider audience.

This concept was something I had to learn, so I try to give the benefit of the doubt to younger staff who send me incomplete work products. Of course, there are times when I ask to see something in an intermediate stage. And there are times when I am part of the team as well, so we have a collaborative sharing of ideas. But when they are working independently and I’m expecting a finished product, I’ve had to share my expectations toward their products looking like completed staff work. This is usually met with agreement and the quality of what I see goes way up.

So, those staffers who are receiving PLS FIX texts at 10pm and staying up late to get them done, know that if you had done your work more thoroughly, checked it carefully, and provided your boss with completed staff work, you would probably been sleeping by the time you hit that “SEND” button in the wee hours. Plus, your boss would be developing a respect for you and trust in your work rather than approaching something from you in their inbox with the mindset that it is going to need a careful read and likely a re-do.