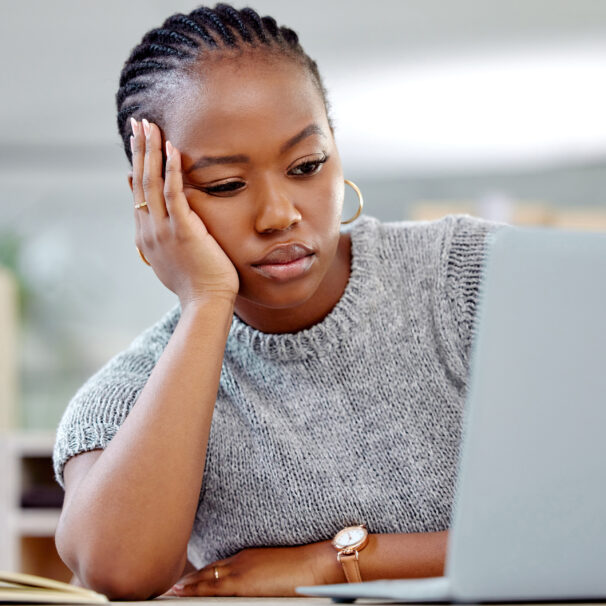 We have been talking a lot about “Quiet Quitting” here at Alpha UMi. According to our marketing person, this is a ‘trending topic!’ This Quiet Quitting concept goes against everything we do.

I was raised in a generation who often heard the rhyme “Good, Better, Best, never let it rest, until your good is better, and your better is best.” Quiet Quitting doesn’t fit within that paradigm.

Quiet Quitting, as the definition this term has been morphed into, represents a mindset of doing just the bare minimum of what your job requires. It’s a statement that you are refusing to go above and beyond. It’s passively withdrawing.

Proponents of the movement say that it’s based on self-preservation. One way that has emerged for describing it is “acting your wage.”

I’m all about balance and understanding how to create healthy boundaries between one’s work life and personal life. As a professional, that boundary easily gets breached, particularly when working from home. However, I recognize that we all need our time away from work to be able to return rested, to attack problems from a fresh and unique perspective.

I also recognize that appreciation and gratitude from those you are working for go a long way toward adding to a sense of commitment to the work you do. These employer characteristics, appreciation, and gratitude are as important as workplace respect, benefits, and the like, to fostering a healthy workplace.

In a past job, many decades ago, the entire engineering team on a major contract was required to work two hours per day extra for an indefinite period. We were not compensated for it, but the company, on its contract, was behind in the number of hours it had committed to deliver, so that was the solution. Of course, the company was paid for every hour delivered, even if we were not. Two hours per day was considered “casual overtime” and not even compensatory time off was given. On that job, if you worked significantly more than 2 hours/day and you came in on weekends, they would award compensatory time off at a rate of 1 hour comp time for 8 hours worked. It was better than nothing, and we all recognized that holding an exempt position at this company meant paying dues. And dues we paid. We did it because we were working on way cool stuff (at least from an engineer’s perspective). But sometimes it was hard to stay focused during those last hours of the day. Especially since we were doing it five days a week, with no end in sight.

In 2019, NPR reported that Microsoft Japan saw a 40% improvement in productivity when workers worked four days a week instead of five while maintaining the same salary.1 As a part of introducing the four-day work week, the company required meetings to be 30 minutes or less and capped attendance at five employees. They also encouraged employees to use chat platforms like Slack instead of emails and meetings to communicate.

PRNewswire that year also reported that a New Zealand company, Perpetual Guardian, implemented a four-day work week after its trial period resulting in a 20% improvement in productivity, a 27% reduction in work-stress levels, and a 45% increase in work-life balance.2

Both companies saw improvement in productivity and work-life balance. The underlying premise was that in our hyperconnected environment, we no longer need to put the hours in to get the job done. In this hyperconnected world, companies can achieve optimal productivity with improved work-life balance for their employees, without requiring a standard 8-hour day, 5-day work week.

Many companies now engage in the 9/80 program where 80 hours of work time are logged in 9 days, usually with eight 9-hour days and one 8-hour day resulting usually in every other Friday being a day off. The company where I consulted for the past eight years engaged in this. Usually, the reasons given are improved productivity since longer days provide for a greater opportunity to complete tasks started that day, more time off allowing for more rested employees, by providing a weekday off employees have time to address personal issues like medical appointments, it’s also a major recruitment tool since new employees like the idea of working nine days in two weeks vs ten.

On the downside, days off likely are 9 hours long, cutting into earned time off. It may not work for small businesses that don’t have staff to allow coverage of a normal week while implementing a 9-day work week. And sometimes, an employee may have decreased productivity in that extra hour worked.

How would Quiet Quitting fit into a paradigm like this? Not well.

So, how does one identify what the minimum requirements of the job are?

Many jobs come with a description of the job. But for professional jobs supporting creative or research and development work, it would be difficult to precisely identify every task to be done. And in a team environment, tasking is often identified by the project.

As an employer, I expect my employees to work smartly and seek to improve our processes. I expect them to embrace the opportunity to work cross-functionally and learn other parts of our work. Because we are small, if something new is needed, it’s assigned to the person who has the best skill set to figure it out. So, on our job descriptions, one of the job tasks is “whatever you are asked to do in the course of our business.” It’s one of the aspects of working at Alpha UMi that most like—the opportunity to learn something new and then share it with the team. But how that would be translated by a Quiet Quitter, I can’t even begin to comprehend.

Thinking of portrayals of Quiet Quitters before it was a Gen Z “thing”, I recall how Stanley was portrayed on the television show, The Office. Stanley just wanted to do his job, put his hours in, and leave his job behind when he was scheduled to leave. No more, no less.  Was Stanley a Quiet Quitter? Did his being a Baby Boomer disqualify him from that title? Does just doing the minimum of your job make you a Quiet Quitter, or does it say that you have no desire for further advancement?